BRING IT ON Auditions

BRING IT ON Auditions

Footlite Musicals is pleased to announce auditions for the Young Artists Production of BRING IT ON THE MUSICAL. The staff is seeking a diverse and outgoing cast of young actors between the ages of 13-18 years old. If you have special talents such as gymnastics or rapping, we’d love to see what you can do!

Open auditions are Saturday, May 18th from 12 p.m. to 3 p.m. and Monday, May 20th from 6:30 p.m. to 9:00 p.m. Possible callbacks are Tuesday, May 21st at 6:30 p.m. All auditions will take place at the Hedback Community Theater, home of Footlite Musicals, at 1847 North Alabama Street. Please arrive by audition start time. All roles are open. Come dressed to impress and be prepared with a verse and chorus from a Broadway musical other than BRING IT ON THE MUSICAL. An accompanist will be provided; please bring sheet music in the correct key. Be prepared to read from the script and bring clothes/shoes to dance. A free dance workshop will be offered Saturday, May 4th from 12 p.m. to 3 p.m. at the Theater.

About BRING IT ON THE MUSICAL:

Bitingly relevant, sprinkled with sass and inspired by the hit film, BRING IT ON THE MUSICAL takes audiences on a high-flying journey that is filled with the complexities of friendship, jealousy, betrayal, and forgiveness. Uniting some of the freshest and funniest creative minds on Broadway, BRING IT ON features an original story by Tony Award winner, Jeff Whitty (AVENUE Q), music and lyrics by Tony Award-winning composer, Lin-Manuel Miranda (IN THE HEIGHTS, HAMILTON), music by Pulitzer- and Tony Award-winning composer, Tom Kitt (NEXT TO NORMAL), lyrics by Broadway lyricist, Amanda Green (HIGH FIDELITY), and was nominated for the Tony Award for Best Musical.

Campbell is cheer-royalty at Truman High School and her senior year should prove the most cheertastic – she’s been named captain of the squad! But an unexpected redistricting has forced her to spend her final year of high school at the neighboring hard-knock Jackson High School. Despite having the deck stacked against her, Campbell befriends the dance crew girls and, along with their headstrong and hardworking leader, Danielle, manages to form a powerhouse squad for the ultimate competition – the National Championships. 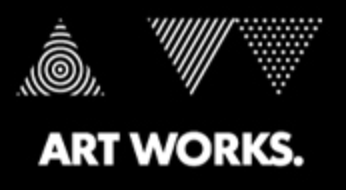 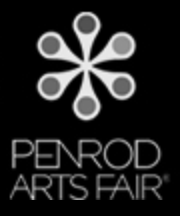 Footlite Musicals productions are made possible, in part, with support from the Butler Jordan College of the Arts; Indiana Arts Commission; The National Endowment for the Arts, a federal agency; the Arts Council of Indianapolis; The Summer Youth Program Fund; Penrod Arts Fair; The Penrod Society; and others. © 2020 Footlite Musicals | Email The Theatre