Footlite Musicals is excited to announce open auditions for SWEENEY TODD. Auditions will take place at 1:00 p.m. on Saturday, June 25th, and at 6:00 p.m. on Sunday, June 26th. Callbacks are scheduled for 7:00 p.m. on Monday June 27th.
The auditions will be held at Footlite Musicals in the Hedback Theatre – 1847 N. Alabama St., Indianapolis. You only need to attend one audition date. We are seeking a cast that is racially, ethnically, and physically diverse as well as inclusive of all gender identities, sexual orientations, and abilities. Rehearsals are scheduled to begin in July.
Please come prepared to sing 16-32 bars from a song that shows off your vocal talent, with sheet music in the appropriate key. An accompanist will be provided. A cappella singing and recorded accompaniments will not be permitted.
Production dates are September 16-18, 22-25, 29-30 and October 1-2, 2022. There are no conflicts allowed from September 10th through the end of the run, and once cast, performers will not be allowed to add extra conflicts.
Please note that the entire cast is required to have received the COVID-19 vaccine and will be required to show proof of vaccination if cast.
For questions, you may email the director, Josh Vander Missen, at joshvandermissen@gmail.com
Summary: An infamous tale, Sweeney Todd, an unjustly exiled barber, returns to nineteenth century London, seeking vengeance against the lecherous judge who framed him and ravaged his young wife. The road to revenge leads Todd to Mrs. Lovett, a resourceful proprietress of a failing pie shop, above which he opens a new barber practice. Mrs. Lovett’s luck sharply shifts when Todd’s thirst for blood inspires the integration of an ingredient into her meat pies that has the people of London lining up… and the carnage has only just begun!
Characters:
Sweeney Todd: (Baritone: F2-Gb4) A wrongfully imprisoned barber seeking to right the wrongs committed against him. He is Johanna’s father, singularly focussed on taking bloody revenge. Our story’s tormented protagonist.
Mrs. Lovett: (Alto: G3-E5) An entrepreneurial and amoral meat pie shop owner. She falls in love with Todd and turns his desire for revenge into a profitable business venture.
Anthony Hope: (Tenor/Baritone: Bb2-F4) A naive and youthful sailor returning to London. He helps Todd return to London and unexpectedly falls in love with Johanna.
Johanna: (Soprano: Bb3-A5) A spritely girl, full of innocence, constantly yearning for freedom. Todd’s long-lost daughter and Turpin’s ward.
Tobias Ragg: (Tenor: Bb2-Ab4) A poor youngster apprenticed to Pirelli. He finds a surrogate family in Todd and Lovett.
Judge Turpin: (Bass: E2-Gb4) A lecherous public official who portrays himself as a sanctimonious authoritarian. He takes advantage of his position in the city and is responsible for imprisoning Todd.
The Beadle: (Tenor: D3-D5 (falsetto)) A pompous public official. He is deeply loyal to the corrupt Turpin.
Beggar Woman: (Soprano: Ab3-F5) A deranged and schizophrenic woman who harbors a dark, surprising secret.
Adolfo Pirelli: (Tenor: B2-C5 (falsetto)) A flamboyant Italian rival barber; a charlatan with a secret past.
Jonas Fogg: (Bass/Baritone) The owner of Fogg’s Asylum. He sells the hair of madmen to wigmakers.
Ensemble: Townspeople; Policemen; Lunatics 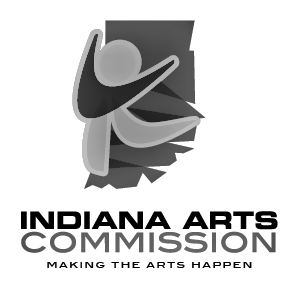 Footlite Musicals productions are made possible, in part, with support from the Indiana Arts Commission; The National Endowment for the Arts, a federal agency; the Arts Council of Indianapolis; The Summer Youth Program Fund; Penrod Arts Fair; The Penrod Society; and others. © 2022 Footlite Musicals | Email The Theatre